Introduction
Most historiography on the relationship between the Spanish Civil War and the British labour movement concentrates on the mainstream Left. There is an extensive literature on the Aid Spain Movement, while the more general impact of the Spanish Civil War on the British working class is examined in works focusing on the Trade Unions and the Communist and Labour parties. This study focuses instead on British anarchism, a radical tendency on the fringe of the labour movement, albeit one for whom the Spanish struggle was of fundamental significance.
The first part will concentrate on developments in Britain, examining the resurgence of activism and propaganda as a result of the Spanish Civil War and accounting for the aid given to the Spanish anarchists. The second part will focus on developments in Spain and how these were perceived and analysed by the British anarchists and the international movement in general.
The Revolution in Spain captured the imagination of anarchists all around the world, injecting a sense of confidence that overrode their scepticism regarding the politicisation of their Spanish comrades. As the war progressed however, subordinating the Revolution to its needs, the silent scepticism became a loud protest that fed upon the despair of defeat.

PART 2: BRITISH AND INTERNATIONAL ANARCHIST POSITIONS ON WAR AND REVOLUTION IN SPAIN

Conclusion
The Spanish Civil War, like the Russian Revolution of 1917 offered great opportunities for the British anarchist movement. It stimulated an expansion in agitational activity and allowed anarchist propaganda to reach wider audiences. Yet, like the period after the Russian Revolution, the British anarchist movement declined in the aftermath of the Spanish defeat.
In the short run, the Spanish Civil War placed British anarchists on a firm ideological ground, allowing them to take a coherent and principled position concerning the Second World War. Their experience of anti-fascist war in Spain ensured their almost unanimous rejection of the British government’s call for an anti-fascist crusade against Germany. The USM declared that the “crimes of fascism” provided “no excuse for supporting the hypocrisy of pseudo-democracy”69, while more explicitly the Anarchist Federation of Britain explained that: “The present struggle is one between rival imperialisms and for the protection of rival interests. The workers in every country belonging to the oppressed class, have nothing in common with these interests and the political aspirations of the ruling class. Their immediate struggle is for their emancipation. Their front line is the workshop and factory, not the Maginot Line.70”
In the long run, the Spanish Revolution became the most important topic in anarchist discussions, naturally so as the biggest step humanity had ever taken towards the realisation of an anarchist society. The agrarian Collectives were hailed by successive generations of anarchists as proof of the validity of anarchist theory while the disappointment with the reformist and authoritarian degeneration of CNT-FAI, increased anarchist scepticism regarding organisation. The Spanish experience provoked a long and still unresolved debate on the all-important issue of collaboration with non-anarchist forces. Most importantly however, the Spanish Revolution served and still serves the international anarchist movement as a unique source of inspiration, as a glorious albeit short-lived attempt to realise the ideal.

Warfare is a fascinating subject. Despite the dubious morality of using violence to achieve personal or political aims. It remains that conflict has been used to do just that throughout recorded history.

Your article is very well done, a good read. 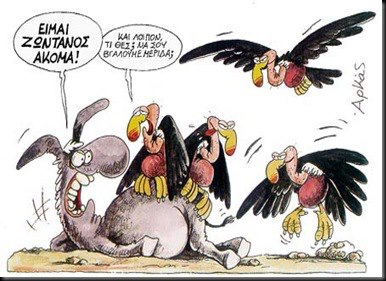